This weekend, Aug 26th-29th, the Indie Racers Festival is in full swing! Try out different fast paced indie games and check out some of the recent changes in Metric Racer!

Join the Virtex Discord or follow on Twitter to keep in the loop when some racing and dev sessions will be streamed this weekend through Steam and Twitch!

I re-wrote a large portion of the rendering engine and shader code along with a big addition of graphics settings to help with performance. After a lot of testing on un-plugged laptops running integrated gpus, I can now say Metric runs a lot faster on lower end machines. If you have any questions or are still hitting issues, please reach out through Discord! 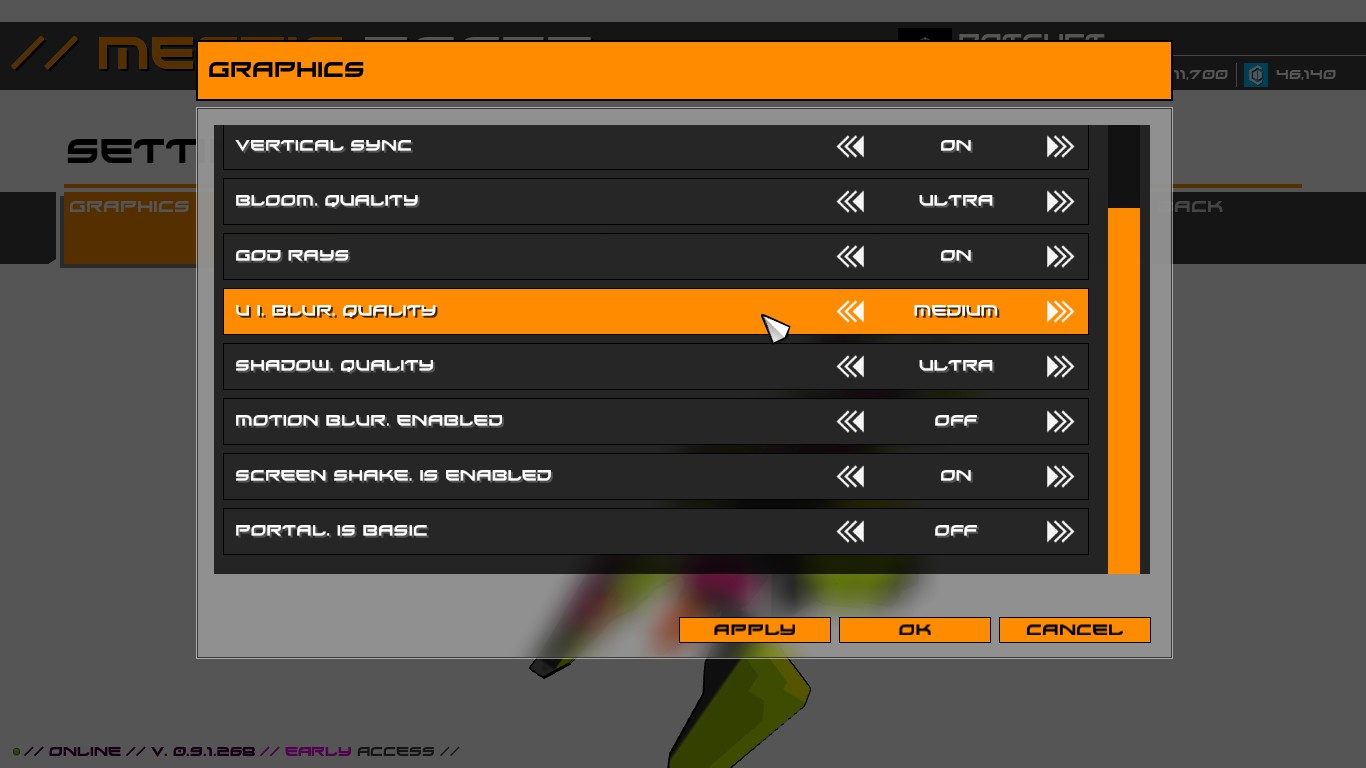 The UI/UX was initially done for mouse and keyboard support, but with the release of the Steam Deck I've started porting systems over to work smoother with a controller. The first big change was the main UI, which you can see in the gif below. What do you think? Are there other suggestions or improvents you'd like to see in the UI/UX department? Let me know!

See You On The Track

As always, thank you for taking the time to play Metric! This is a passion project, and I'm grateful for everyone who has played Metric over the last year and given feedback!

Keep in the loop with everything going on or chat with me over on Discord! Until then, I'll see you all on the track.

Outrun, out-pace and out-last the competition across the stars!